You are here: Home » News » Industry Article » Historical lessons should never be forgotten.

Historical lessons should never be forgotten.

The first regiment of the Japanese troops stationed in Fengtai started military drills day and night from late June 1937. On July 6, lined-up Japanese forces in Fengtai tried to force their way to the Lugouqiao (Marco Polo Bridge), but were rejected by the Chinese troops garrisoned at the bridge. The Japanese forces retreated after gun-holding confrontation of 10 hours. On the evening of July 7, 1937, Japanese troops launched a "practice with live ammunition" several hundred meters away from the sentry of Chinese forces at the Lugouqiao. At about 11 PM, gunshots were suddenly heard from eastern Wanping County. Later, several Japanese troops were seen outside the county, claiming that one of their soldiers was missing and requesting to enter the county to look for him.

With the unreasonable request rejected, Renya Mutaguchi, commanding officer of the Japanese regiment, ordered to "fight back." At 5 AM on July 8, reinforced Japanese troops assaulted the Wanping County, and the Chinese 219th Regiment of the 37th Division of the 29th Army launched tenacious resistance. The Lugouqiao Incident was the prelude of the struggle of all the Chinese people against the Japanese aggression. 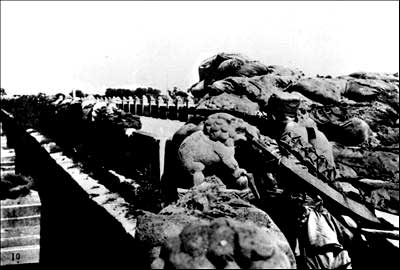 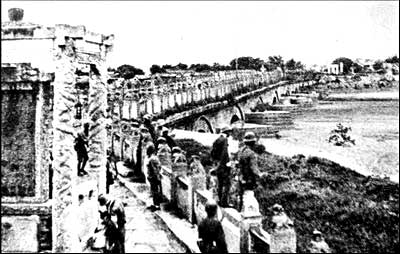 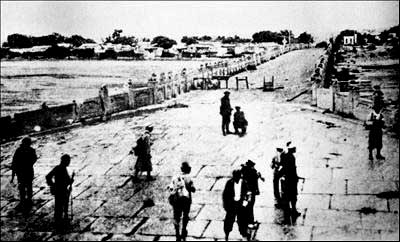 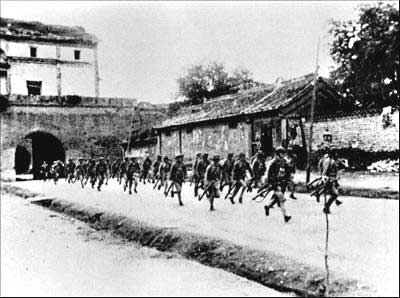