Today, beer is a drink of choice of millions of people around the globe. The ever growing population of consumers means that there should be a concomitant improvement in the equipment facilities for beer production. Such equipment include fermentation facilities, a wide range of beer filling machines as well as other storage facilities. 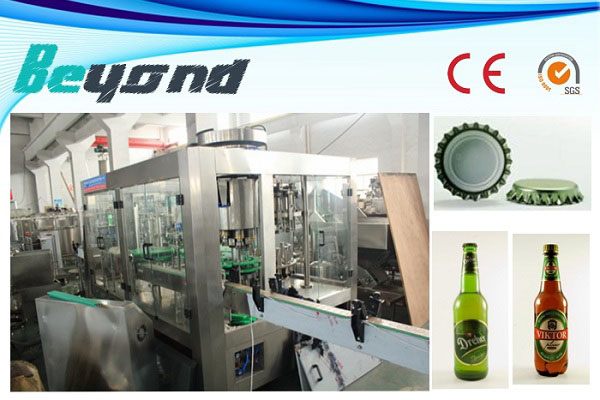 So far, there has been trends in the beer filling machine market. For the sake of this post, we’d like to start by looking at some general reports of surveys carried out on global beer consumption.

The report prepared from the surveys of thousands of consumers in the United States, Italy, Belgium, France, the United Kingdom, the Netherlands and Spain, collects the five trends of consumption of beer.

The results give us several and very good news for the sector:

The consumption of beer has increased with respect to the last two years in most countries; from which can be deduced a substitution of other alcohols for beer.

Another point to highlight is sustainability, more valued than ever if we want to preserve this planet for future generations. The production of craft beer is more sustainable and makes it a perfect alternative to meet our individual commitment, increasingly widespread, with the environment.

The quality and taste of beer are above its competitors, being a factor more important than the price when making the choice.

Craft beer shows a wide spectrum of variety, with a lot of brands and options to try. From this fact follows the tendency that consumers of craft beer are committed to their philosophy over a specific brand.

Now that we are clear that artisanal beer is here to stay and that styles like India Pale Ale have already become popular among a large part of the brewing sector, including industrial ones, brewers are returning to innovative technology especially in the beer producing equipment.

Today we have the 3 in 1Beer washing filling capping machine which is an improvement in the conventional beer filling machine. This unique brewing equipment incorporates three functions in one. With the availability of this innovative device, it is easier to start and smoothly complete the brewing process.

The 3 in 1 filling machine ensures that the brewer finds it relatively easier to carry out the beer packing process than the conventional beer filling machines.

However, to sustain the global demand for beer, it is important to improve in the production. This is in the form of innovations and facility improvement to ensure a steady supply of beer.