You are here: Home » News » Evolutionary History Of Beer Can Packaging

Evolutionary History Of Beer Can Packaging

Towards the end of prohibition in 1993, the American Can Company was able to solve two issues successfully with the aid of steel cans. A can liner was invented so as to keep the steel in the can from interacting with the beer and spoiling its taste. Additionally, the cans were made to be rigid so as to withstand an increase in the internal pressure whenever the cans are run through a pasteurizer. Once these problems were solved, cans provided beers with a whole host of a new possibilities for use as well as consumption. Since then beer filling and packaging machine has been in use during the beer production. 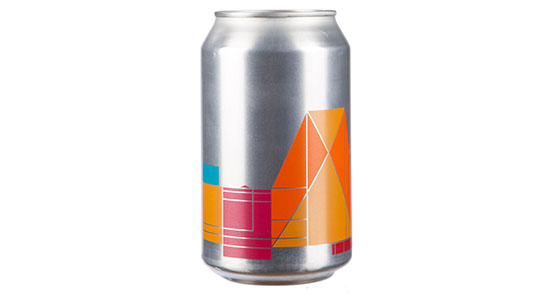 The Gottfried-Krueger brewing Co. of Newark, NJ was the first to take a chance that consumer would accept their beer in a steel can, and became the first brewer to package and also market its beer in a container other than bottle which is widely used. Other brewing companies later followed.

Krueger and Pabst being the few companies to can beer in bottles settled on a flat top steel can opener, while Schlitz introduced its beer in a new high cone steel can. Other breweries later followed until the can was interrupted by the United States entry into the second world war. Due to the shortage of steel during the war, all the production of canned beer was shipped to the troops overseas in a specially decorated can. Later on, many of these cans became collector items due to their unique olive drab as well as black paint schemes.

Most people may not remember the most essential beverage tool ever invented. It was the ubiquitous “church key” or a combination of can as well as bottle opener. If you are old enough to remember when beer came in steel rather than aluminium cans, you will definitely know the best way to get beverages out of the can using the church key. In the 1950s and early 1960s, this handy tool was given free of charge to consumers whenever they buy six pack of cans, stubby bottles or beer in quart bottles. This was before the advent of twist off caps. Additionally, the openers proved to be a handy advertising tool for beer companies because their company as well as brand name was engraved on the openers. Back then, these openers were provided to retailers for free by their local beer distributors.

In 1958, The Hawaii Brewery, maker of the Primo beer introduced their flagship brand in aluminium cans. The much lighter aluminium cans quickly gained favour within the distribution chain as well as by the consumers. The original aluminium cans feature a pull off “tab top” opener. Shortly after, Coors introduced a push button opener, but in the year 1975 the Fall Brewery started using “Sta-Tab” feature whose main idea is still in use today.

From flat top can to high cone can, the most recent version of the beer can is actually in the shape of a long neck aluminium bottle. Although there were some availability issues initially, when one major brew bought all the bottle manufacturer’s production capacity. Since then, beer in cans have gained popularity with consumers year after year. The package is good looking and also keeps the beer cold for a long period of time.

In 1969, canned beer became more popular than bottled beer and can beer is still the most popular method of packaging beer. While the gap in the sales between cans and bottles began to narrow in the 1990s, the gap has been widened in recent years because majority of the popular craft beers are now available in cans.