You are here: Home » News » Industry Article » What is the Difference Between A Craft Beer and An Industrial Beer?

What is the Difference Between A Craft Beer and An Industrial Beer?

Beer is one of the most popular drinks in the world. In several countries, it is in great demand and its amateurs are numerous. There are two different types of beers: industrial beer and craft beer. In each of these categories, several varieties are proposed and each has a particular taste. But the taste, quality, and appeal of beer depends on many factors. In countries where beer is a precious drink, the origin and manufacture of beer are of great importance to amateurs. Thus, these two beers compete for the market and employ the use of a beer filling machine. The question then is, what is the difference between these two kinds of beer? 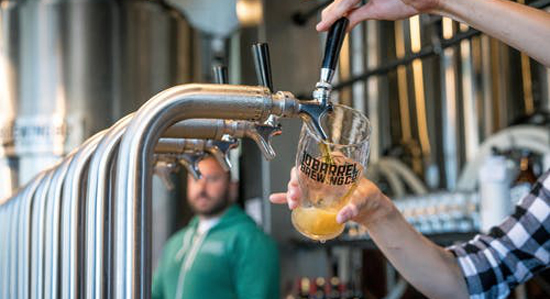 Beer: what is it?

Beer is a foamy drink made of at least 50% cereal malt. It is produced from raw materials that are: yeast, malts, and hops. Different production processes are used for its production and the great diversity of the raw materials used favors the existence of several varieties of beer. It is often kept in bottles, cans, or casks.

Characteristics of craft and industrial beers

Whether a beer is industrial or craft, it is characterized by its color, taste, and origins. They both come from craftsmanship and are consumed in the same way. The containers do not vary according to their origin (traditional or industrial). They can be consumed at different times of the day and offer more or less the same properties. However, great differences exist between them. 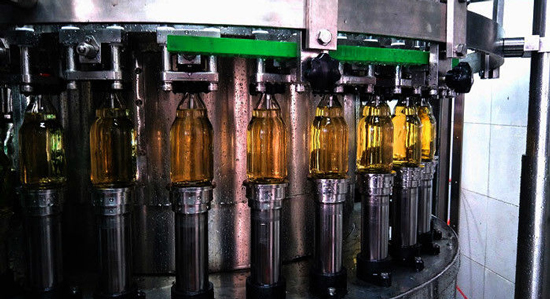 The first difference that can be identified is the manufacturing process itself.

Indeed, the industrial beers are produced, thanks to a process of pasteurization democratized by Louis Pasteur. On the other hand, these crafts are the result of traditional know-how inherited from the monks’ centuries ago. Industrial beers are filtered and pasteurized, unlike craft beers. In addition, the tools used to set up these different categories of foamy beverages differ. Industrial beers are made in large breweries and in large quantities. The teams that contribute to this production are numerous and industrial machines are used.

In the case of craft beer, on the other hand, it is micro-breweries, sometimes located on a farm or even a house that produces them. A small team collaborates in the implementation of the product and the industrial machines are avoided to the maximum.

The second difference concerns the taste.

Another difference between these two types of drinks is their strengths. Indeed, a study has recently shown that craft beer is better for health than industrial beer. The presence of yeast in craft beer would indeed reduce the risk of heart attack and fight against the presence of bad cholesterol in the blood. There would also be assets for the fight against certain types of diabetes associated with craft beers. Assets that are not available to industrial beers.

The mode of distribution and marketing is also different for these beers.

Industrial beers are often distributed via bars, restaurants, etc where beer filling machines are greatly employed. on large scale. Artisanal products are only distributed in their locality of production and on a small scale. In addition, the first is surrounded by a large advertisement while the seconds are not. Several outlets offer the same industrial beer, which is not the case for craft beers which remains largely a local product. However, the situation is changing, since recently, craft beer stores are making their appearances and these drinks are storming the market.

Although craft and industrial beers have similarities, it is nonetheless true that they are different from the point of view of means of manufacture, distribution, taste, etc.