You are here: Home » News » What Is The Difference Between Beer Canning Plant And Brewery

What Is The Difference Between Beer Canning Plant And Brewery

A beer canning plant is an automatic system which helps the makers of alcoholic product to clean, rinse, fill and also seal their cans. The machine comes in various sizes thereby making it easy for manufacturer to invest on a plant which meet the production capacity required. Investing in a beer canning machine is a worthy cause because it helps in availing the package not only at the appropriate time but also when they are clean and labelled clearly.

On the other hand, a brewery is a place where the actual process of brewing is done, it is crucial for the brewer to have a total control over the elements so that the end result would be close to what he or she has in mind. 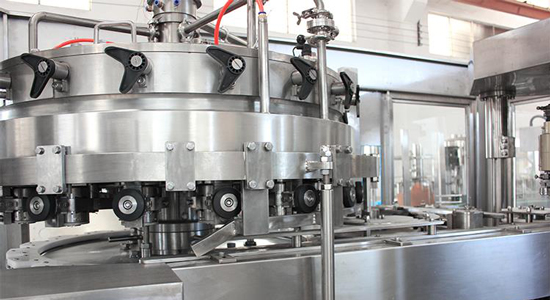 Thus, brewing is really about doing as much as possible so as to influence the results of a process which is about fermentation. We are able to brew beer in the brewery because of the presence of a single-celled organism called yeast and it is usually referred to as Saccharomyces cerevisiae, this helps in metabolizing starch-derived sugars into ethyl alcohol and CO2. Whenever we brew a beer, we are preparing a certain amount and variety of grain to produce those sugars, and then adding yeast so that they can feast and create alcohol. If you can wrap your head around that, you’ll be able to understand the concept of brewing

To have a good understanding of brewing, below is a breakdown of the basic steps with a few key terms which are essential:

1. A starch source, typically a grain such as barley is malted or allowed to germinate partially and dried. This partial germination makes it easy to convert the starch grains into sugars.

2. In the mash stage, the malted grains are introduced into water and a certain amount of heat so as to enable the natural enzymes in the grain convert its starches into fermentable sugars.

3. The mash is then lautered, basically filtered so as to remove the solids.

4. The remaining liquid is then boiled. Hops may be added both at the beginning of the boil and this depends on the kind of beer which is being made, towards the end. The result of the boil is referred to as wort.

5. The filtered wort is cooled to a specific temperature at which point yeast is added so that the fermentation process can start.

6. Fermentation may be done in various vessels and may be followed by a period of conditioning or secondary fermentation in bottles.

7. You can then store it, whenever you pour it, the result will be beer.

This can be referred to a rough outline as there are several things you can control such as the grains, hops and yeast to other things you have minimal control over such as the ambient environment and the mineral content of the water. Then the way the beer would be fermented because this will determine whether you will get ale or larger beer. The mastery of these elements as well as the willingness to wait a few weeks for yeast to do its work is referred to as brewing.